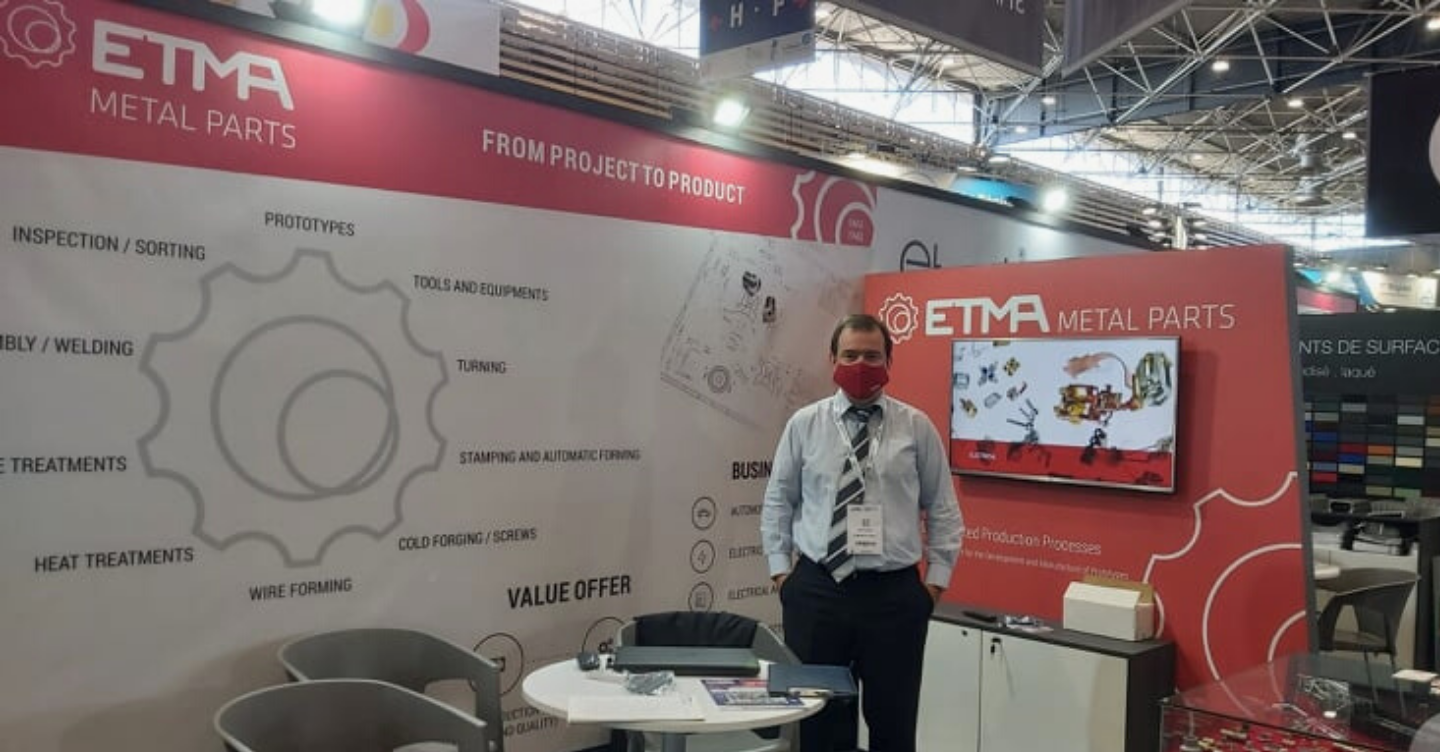 As part of ‘Global Industrie 2021’, the largest international network for industrial subcontracting, ETMA’s participation in the Midest trade fair proved to be very positive, since it not only allowed for a closer interaction with its customers, but also helped establish new contacts and potential new businesses.

Although expectations were not very high, given the pandemic scenario that is still going on, Pedro Fontes, ETMA’s Business Manager, believes that «this participation turned out very well.»

As a manufacturer of industrial metal components, ETMA’s presence at international events continues to be part of its business and global communication strategy, which leads to increased visibility level and recognition in the international framework. At the same time, it is also a way to monitor and watch out for the market’s evolution trends.

Compared to previous editions, «there were fewer visitors. However, it was possible to establish quite a few business contacts, many of them previously scheduled.”

Pedro Fontes also highlights «the digital transformation perceived at this fair, namely in the exchange of contacts and access to catalogs, through the use of new digital tools.»

During the fair, ETMA’s sales team presented the company’s solutions and new features in terms of technological capacity, new skills and projects, as well as exhibiting some examples of parts produced for its customers.

ETMA is very pleased to participate in ‘Global Industrie 2021’, and continues to present itself in each edition as a Portuguese company that increasingly stands out for its sophistication, quality and innovation in the global market.

Many thanks to everyone who visited us, especially customers, suppliers, and partners.

At the beginning of next year, ETMA will be present at the Hannover Messe 2022 trade fair, in which Portugal will be a partner country, under the slogan «Portugal Makes Sense.»