From problem to solution 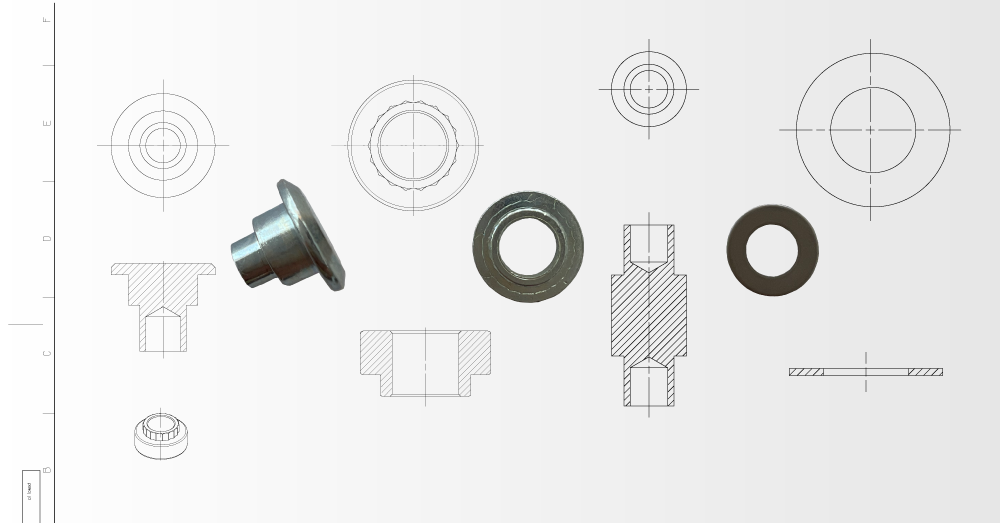 ETMA was contacted by a client from the home appliance industry for the manufacturing of 3 different metal parts that would be incorporated into the assembly to support and open washing machine doors.

In this specific case, ETMA was faced with a challenge in terms of offering technical support for the development and manufacturing of a pre-production of 40,000 parts, which would then be tested by the client.

These parts included a bushing, a shaft, and an eyelet, which, despite the client’s expertise and know-how of similar products, would not initially lead to the desired result, as explained throughout this case study. 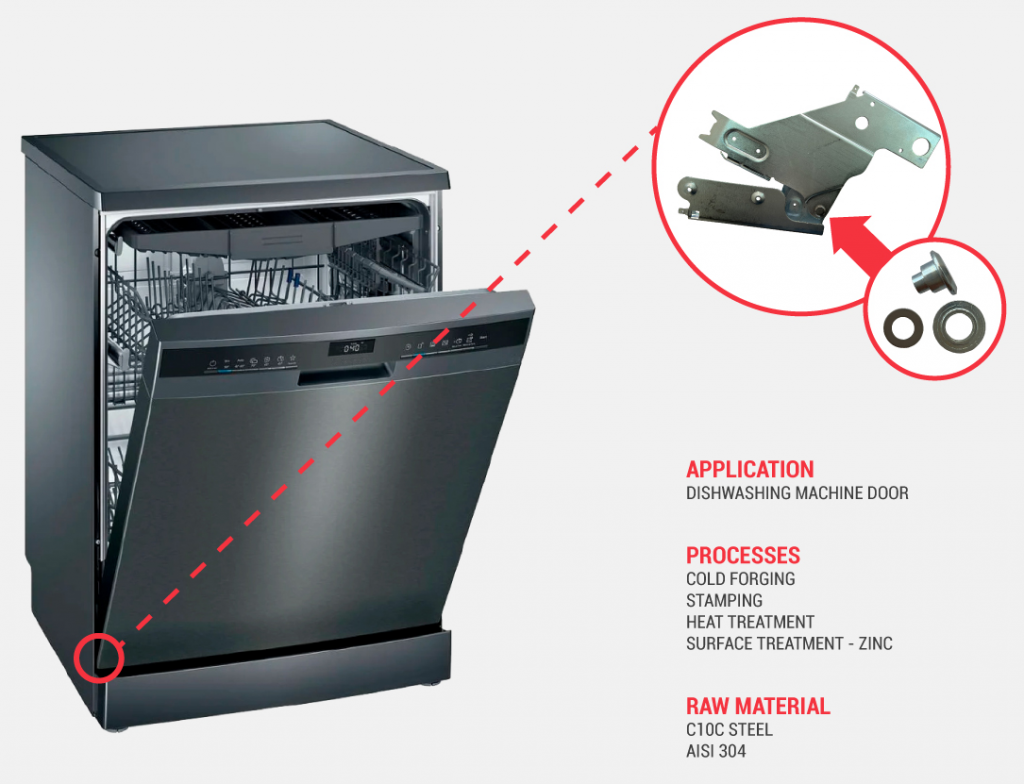 The first challenge ETMA was faced with involved the technical designs presented by the client, which were related to the threaded bushing. This part exhibited a very peculiar geometry, which would go through a hole by applying pressure, to then being threaded so that it could no longer come out during its lifecycle.

Despite its complex geometry, after many tests, ETMA managed to manufacture the parts according to the specifications requested by the client.

However, after the first pre-production and subsequent testing, the client detected problems with fractures. The rivet head, when riveting, fractured. And this was definitely not supposed to happen.

With this set of tests, it was determined that the problem was related to the initial designs of the client’s own parts.

Given the situation, the client asked for help to solve this problem, and ETMA’s Industrial Engineering Department had to come up with a new solution.

ETMA’s only option was to redesign the part so that it would not fracture after being threaded.

In this context, a series of tests for the redesigned part was performed with new dimensions, in addition to developing a threading tool for riveting.

The results achieved met the expectations of both parties, demonstrating once again how ETMA, through innovation, knowledge, and flexibility, fulfills its mission of creating value for its customers.

ETMA goes beyond just manufacturing metal parts according to the technical specifications of each product as provided by the client – it also has the capacity to offer technical support during its development, even before production.

In this particular case study, ETMA offered not only technical support, but all the help needed for development and production – in this case, pre-production – which, in another project, could also go through prototypes, but always with a goal of achieving serial production. 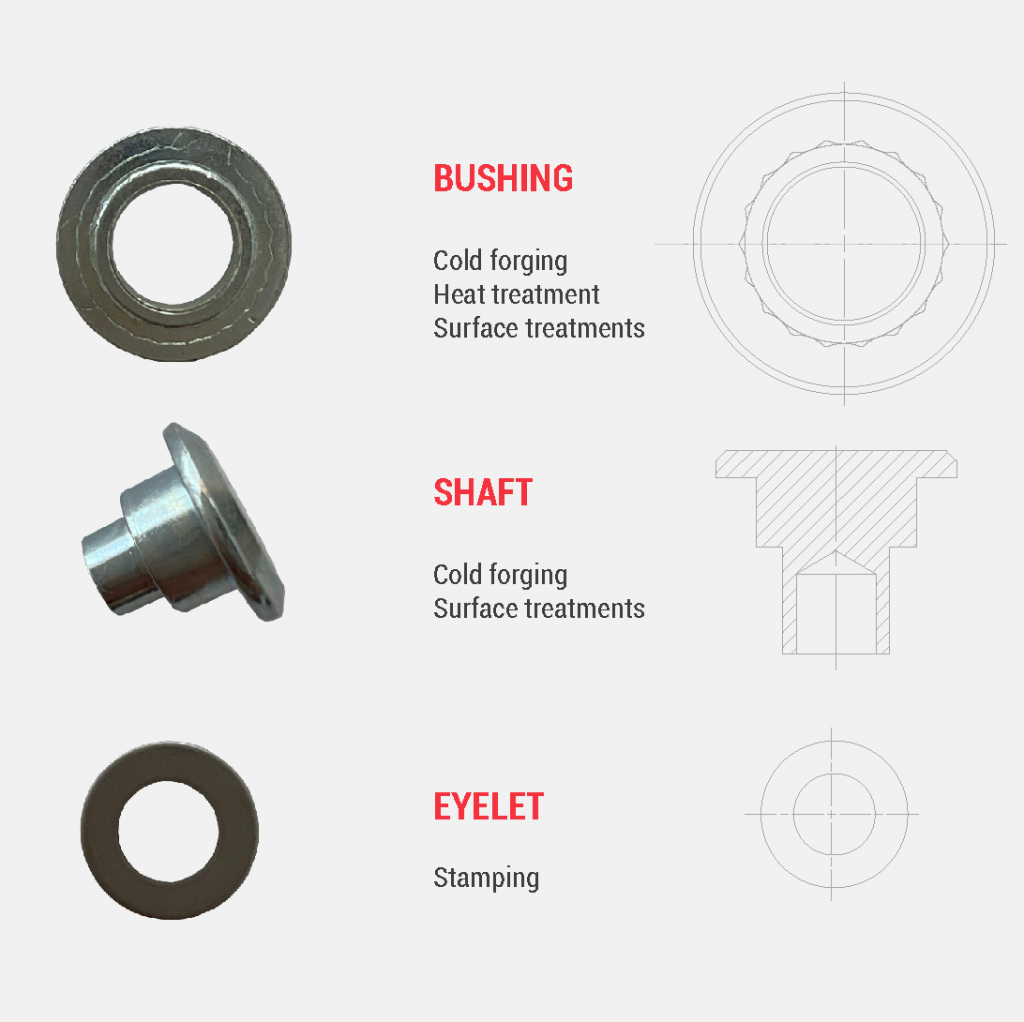 200,000 parts/year are estimated for production, which corresponds to the manufacturing of 100,000 washing machines.